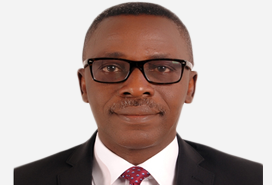 Mr. Alli is highly experienced in Public Sector with emphasis in Revenue Administration; 15 years of which was at Senior Management level and Board of Lagos State Internal Revenue Service (LIRS), responsible for policy formulations, development of systems and processes, implementation of same, and general managerial functions. He served as the Board Secretary (2006-2013) and was part of the Management team that ensured the seamless transition from the old Board of Internal Revenue to the new Lagos State Board of Internal Revenue and LIRS. While in LIRS Mr. Alli successfully managed assigned revenue generating Units and Directorates within LIRS, thereby contributed enormously to the monumental growth in Lagos State tax payers’ base and Internally Generated Revenue.

In October 2015, Mr. Bicci Alli was invited by His Excellency, the Governor of Oyo State, Senator Abiola Ajimobi to head a management team with the mandate to run Oyo State Board of Internal Revenue (OYBIR) on day to day basis, and at the same time draw up and implement reform programmes for OYBIR aimed at making the Board fully autonomous. Despite the numerous challenges occasioned by the overall economic downturn OYBIR’s contribution to the State’s IGR increased on monthly average in percentage term by 107 %( from October 2015 to December 2016,) using September 2015 as the base figure. In cumulative terms this translates to 1181% increase in IGR over the same period.

Having successfully designed and implemented reform programme in Oyo State, Visionscope Consult headed by Bicci Alli was invited by Government of Osun State to carry out similar exercise in Osun State Internal Revenue Service in February 2017 and to give the him needed executive power to see the implementation of the reform programme through, Bicci Alli was appointed in April 2017 as the Acting Chairman Osun State Internal Revenue Service a position he held till March 2018, when  he voluntarily resigned to assume duties as  the Executive Chairman Oyo State Board of Internal Revenue in April 2018.

Mr. Bicci Alli actively participates in formulating and implementing Fiscal policies and Tax Administration Reform in Nigeria. He is a co-opted Member of the Committee inaugurated by the Minister of Finance  to review the National Tax Policy and  served as Member and subcommittee Chairman of various Federal Government and  Joint Tax Board committees, He was a  former Dean, Faculty of Tax Administration of the Chartered Institute of Taxation of Nigeria, Member Tax Faculty of the Institute of Chartered Accountants of Nigeria(ICAN), Member ICAN and CITN delegations to National and State Houses of Assembly on Revenue and Tax Related issues.

Bicci Alli has presented over 50 papers on various aspects of Tax Policies, Laws and Administration at different fora, locally and internationally. He facilitated ICAN MPCEs on International Public Sector Accounting Standard (IPSAS) and was a pioneer facilitator of the Institute’s students Revision Programme. He once served on ICAN Syllabus Review Committee. Bicci was a lecturer and Director of Safe Associates (A foremost Accounting Tuition Centre) where he taught Financial Management and Multi-Disciplinary Case Study. As part of his contribution to Tax Payer Education and Enlightenment in Nigeria generally and Lagos State in particular he was co- Anchor of LIRS TV Enlightenment programme called ‘Tax Talk’ aired weekly on 5 Television Stations (2008 to Sept 2015)

Bicci is highly Experienced and skilled in managing relationships with multi-lateral and bi-lateral Organisations; World Bank, International Monetary Fund, DFID- anchored implementation of these Organisations projects and assignments in LIRS. In recognition of his immense contribution to the implementation Revenue Administration reform process, he was made Tax Ambassador of the UK DFID funded GEMS 3 for reforming the revenue system and process in Ejigbo LCDA in Lagos State which resulted in blocking revenue leakages and increased IGR.